Information on this web site in no way is to be considered a substitute for expert veterinary consultation. Information is provided to help in the prevention and isolation of this Koi Herpesvirus disease process.

Portions of this site are optimized for screen resolutions of 1024 x 768 pixils or greater. Dialup download will be slow.

The first reports are examples of what we like to see after submitting samples. 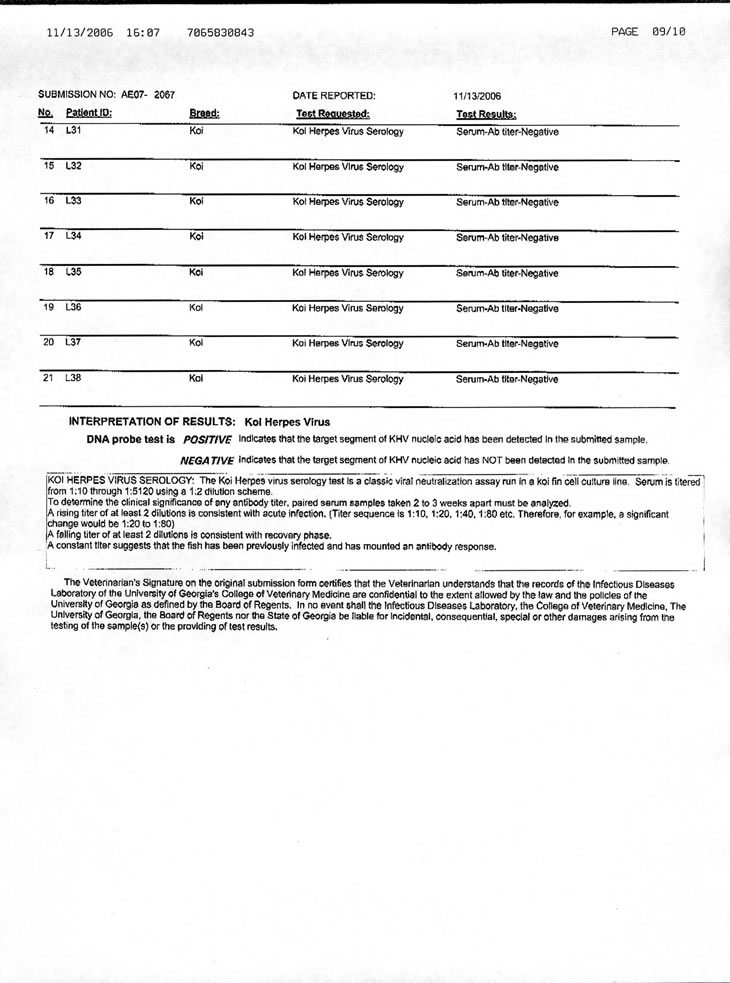 The above fish were from the same breeder, shipped at the same time, and quarantined together. After several weeks of quarantine at permissive temperature, blood was drawn for serological testing. Tom Hatfield was the dealer who imported this group of healthy fish.

The May report was on koi purchased at the CFKS after quarantine. The November reports are on a group of long fin purchased as minnows and allowed to grow through the summer in quarantine before venipuncture. These health koi were supplied by Keven Pham.

Examples of KHV Serology Reports showing results we do not want to see....

This group of fish were survivors of a KHV outbreak which occurred some six weeks prior to antibody titers. The fish had previously had no evidence of disease in quarantine. Apparently there was one or more carriers in the group. This group of fish was supplied by Allen Hsu.

The following report includes positve serology on three fish which are asymtomatic.

The three positive koi had been obtained by a breeder from two other breeders, two, three, and four years prior to testing. The purchaser subsequently learned the sources of these fish later had KHV outbreaks (unconfirmed). The breeder who purchased the fish was unaware the fish were KHV survivors. Photos of the three asymotomatic fish follow: 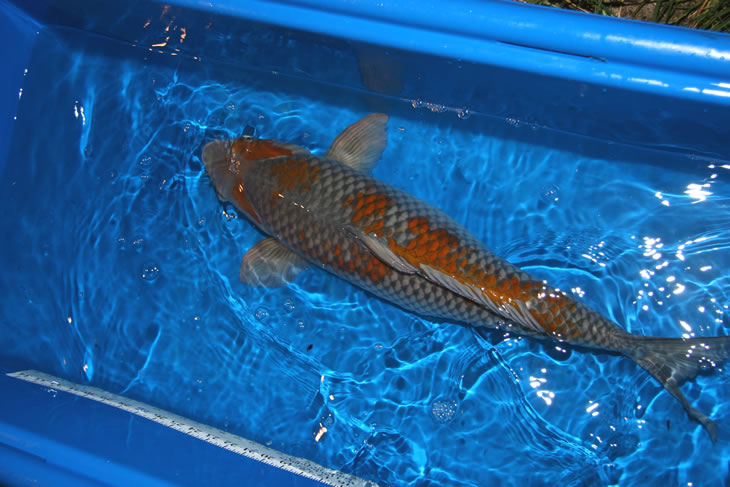 This ochiba was transferred from one breeder to another three years prior to testing. She has an excellent appettite! 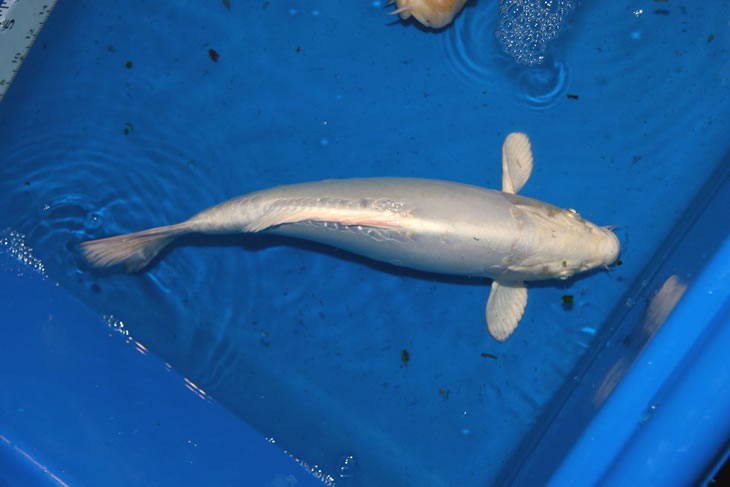 This doitsu platinum male was transferred from one breeder to another when small some two plus years prior to testing. The fish was asymtomatic. Some eighteen months prior to testing the original breeder was said to have had an outbreak of KHV. 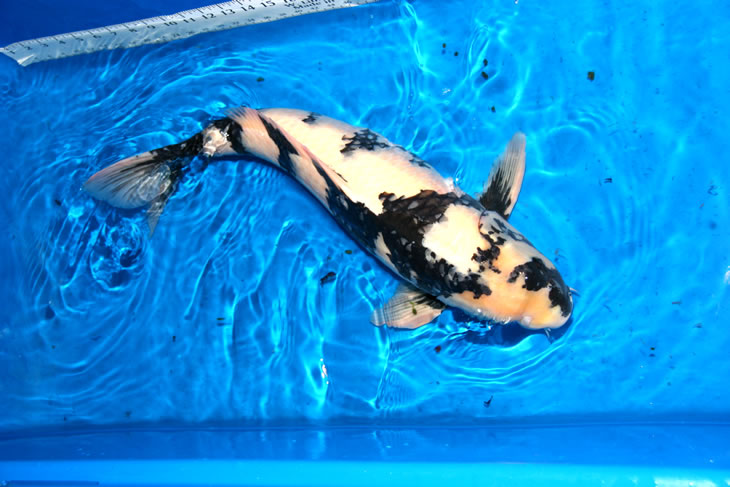 This male Shiro u. is completely asymtomatic. He originally came from the same breeder as the ochiba. He was transferred some four years prior to testing.

The following are results from a responsible farm's proactive study. They are checking all of their potential breeding stock for KHV carriers.

This responsible koi farm has obtained adult breeders from several other breeders over the years. They are checking several hundred fish for KHV antibody titers before considering using them for breeding. Most fish were serologically negative for KHV but the above is from a pond with some positives. Breeding will only be done with koi with negative serology in virgin ponds.

One fish, one sample, one test! Samples for KHV serological testing should not be combined!